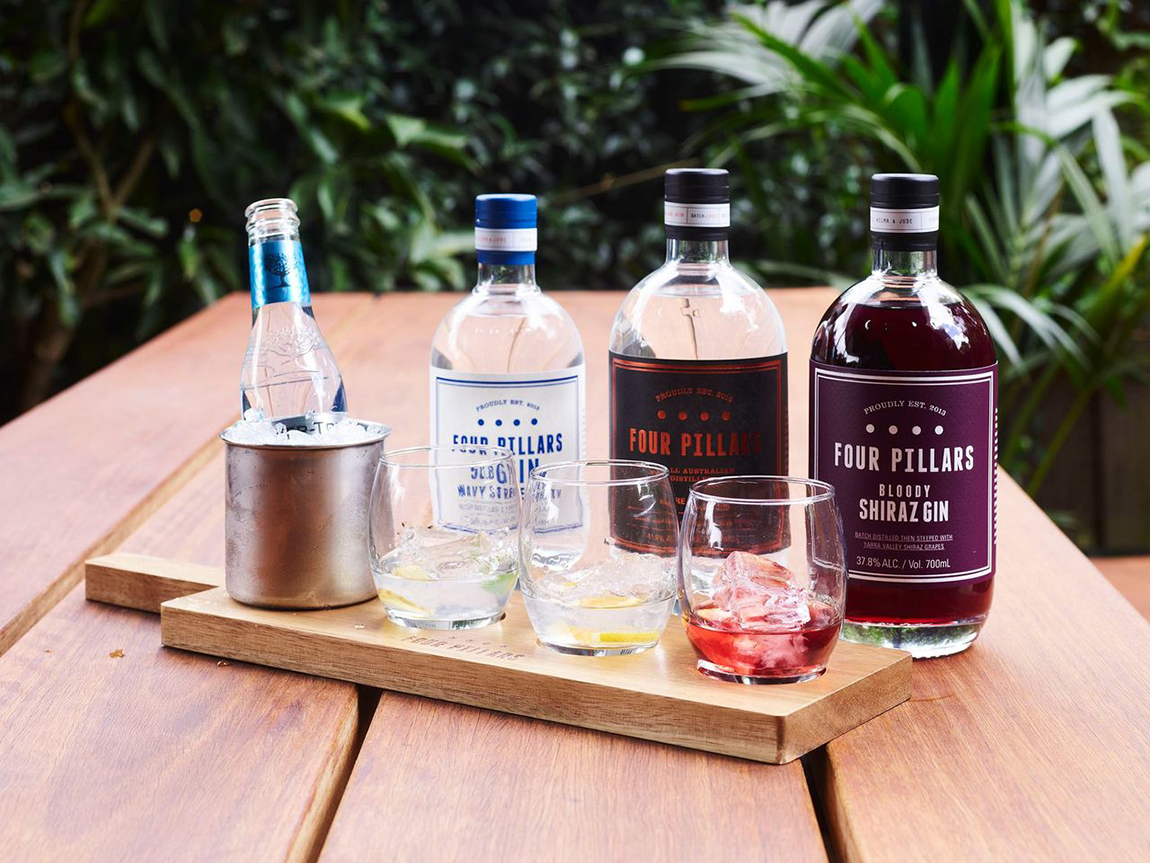 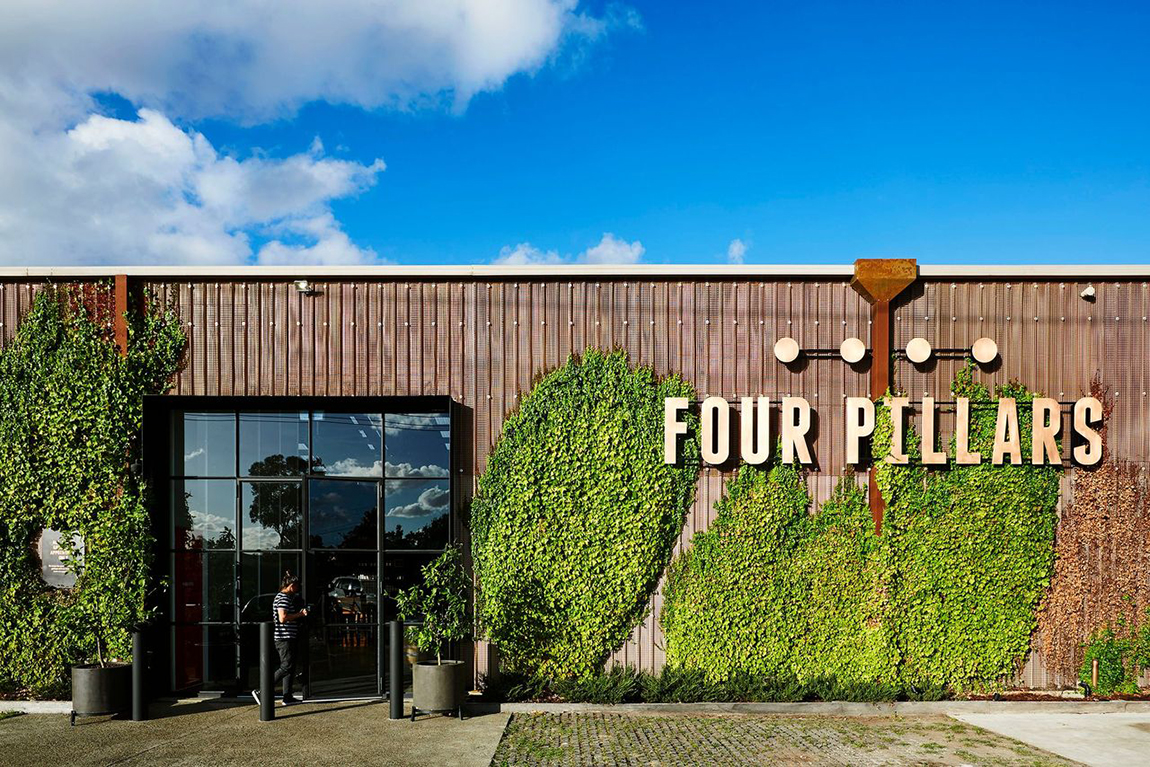 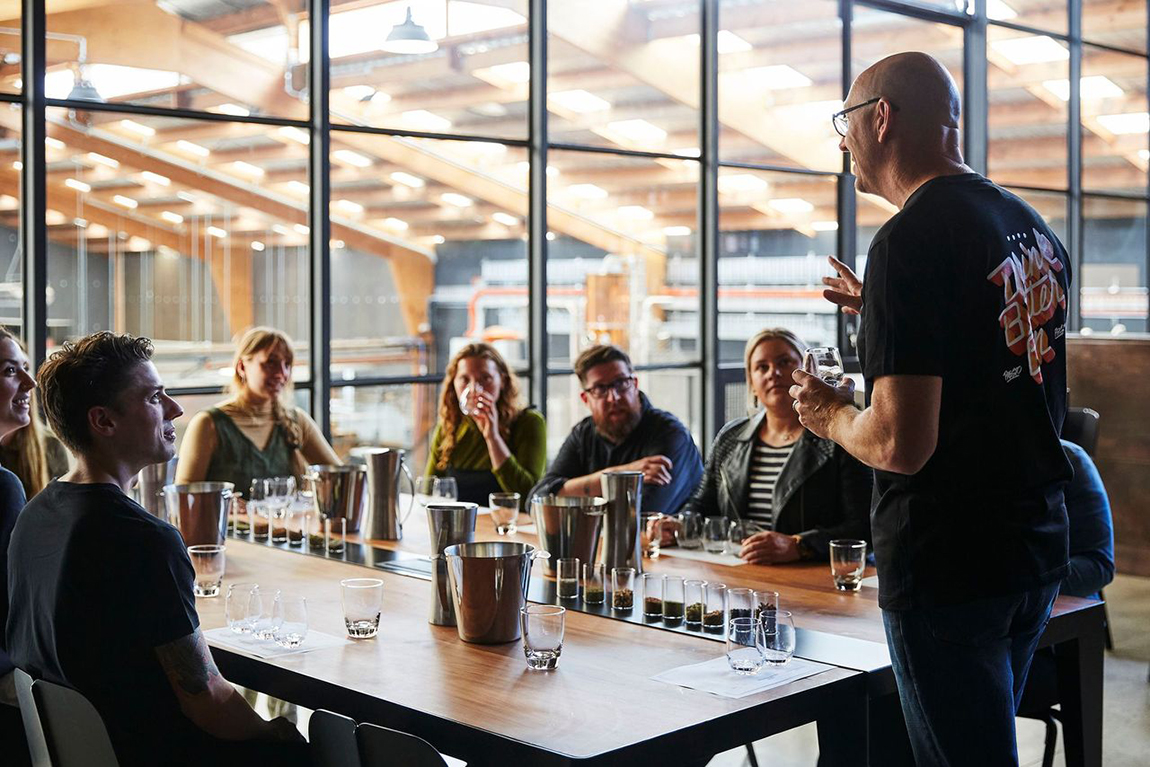 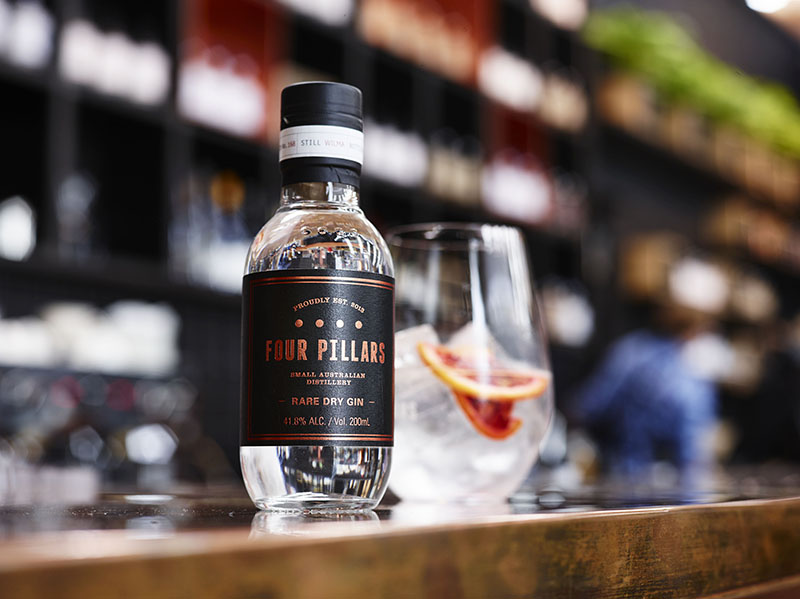 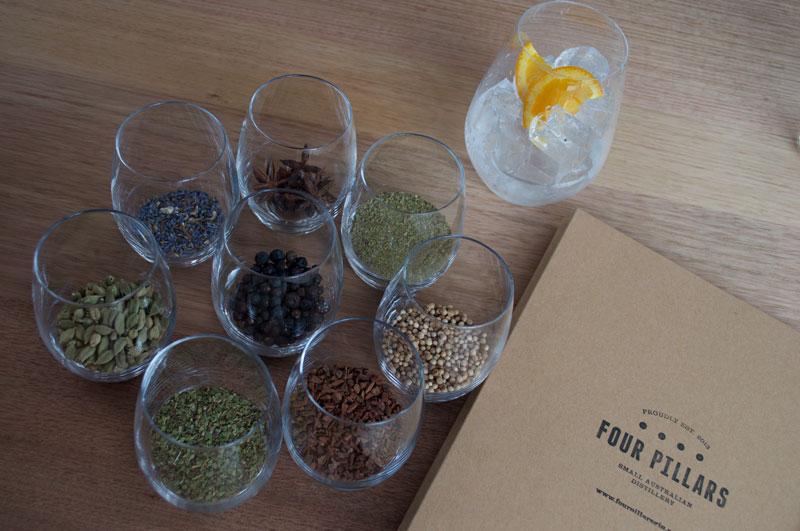 Four Pillars Gin was established in 2013 in Healesville, in the Yarra Valley, and has fast become one of the world’s benchmark distilleries

Four Pillars makes a truly modern Australian style of gin, which captures Asian spice, Mediterranean citrus and some native Australian botanicals. Their gins have been celebrated on an international scale, including being named the International Gin Producer of the Year two years in a row.

From Rare Dry Gin to Barrel Aged Gin to Navy Strength Gin to Orange Marmalade (made with the oranges that make the gin), everything Four Pillars Distillery does is designed to elevate the craft of distilling in Australia.

As well as tastings and a gin bar, Four Pillars Distillery holds regular masterclasses which take guests through the process of making a batch of Rare Dry Gin. The Four Pillars team explains how the solera system for their Barrel Aged Gin works (and why it is so limited in quantity), what makes gin ‘Navy Strength’ and outline a little gin history along the way.