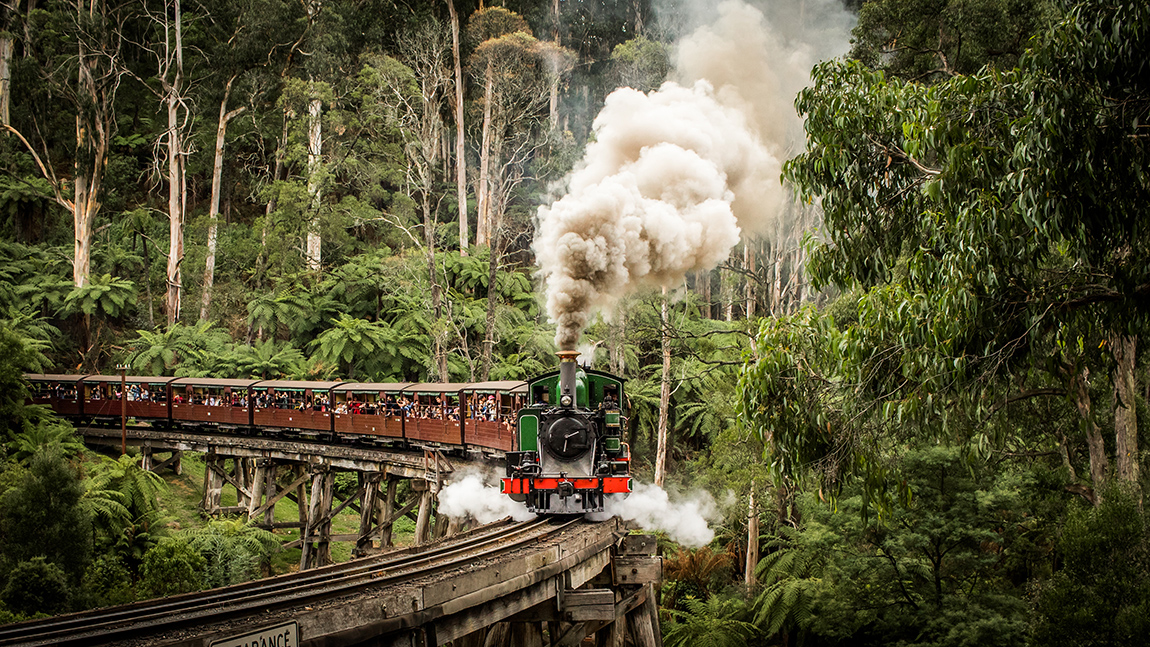 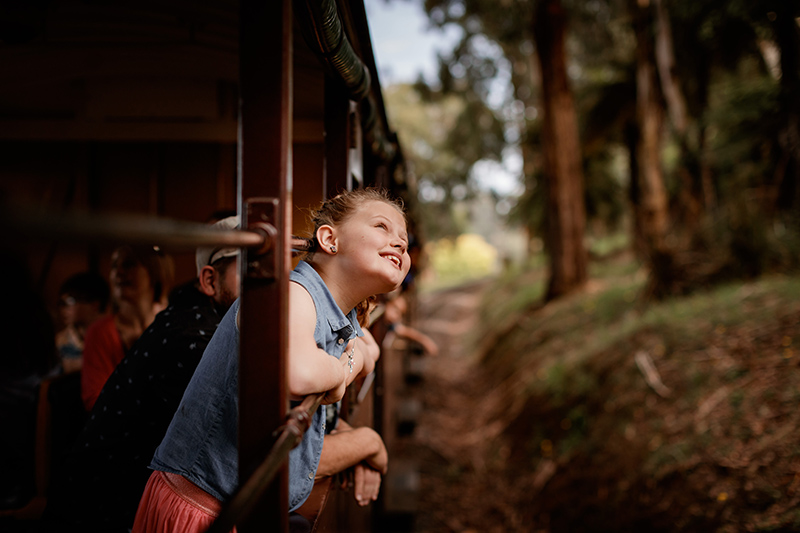 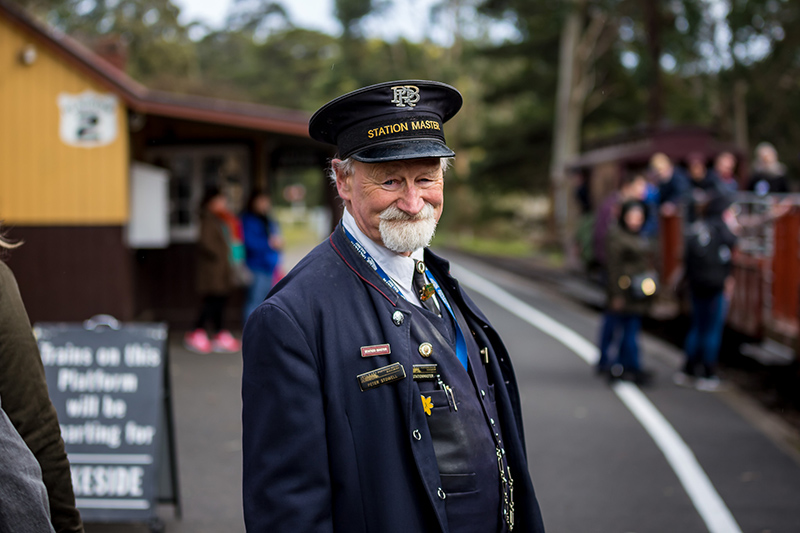 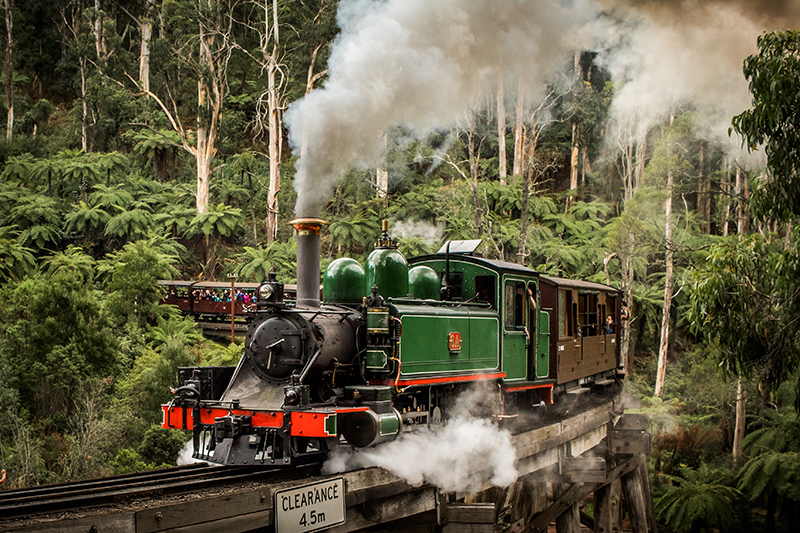 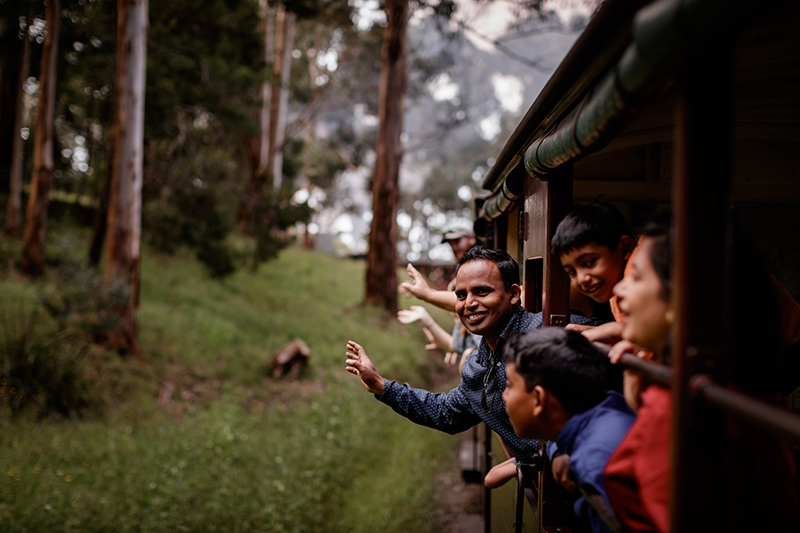 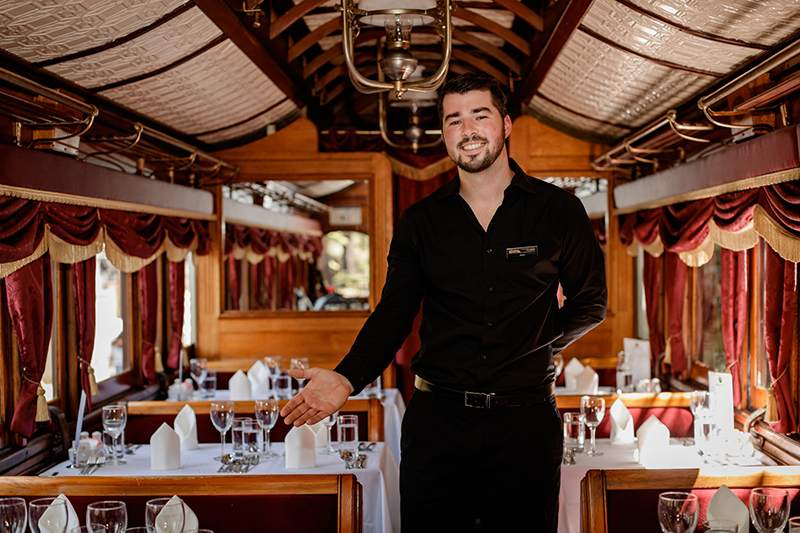 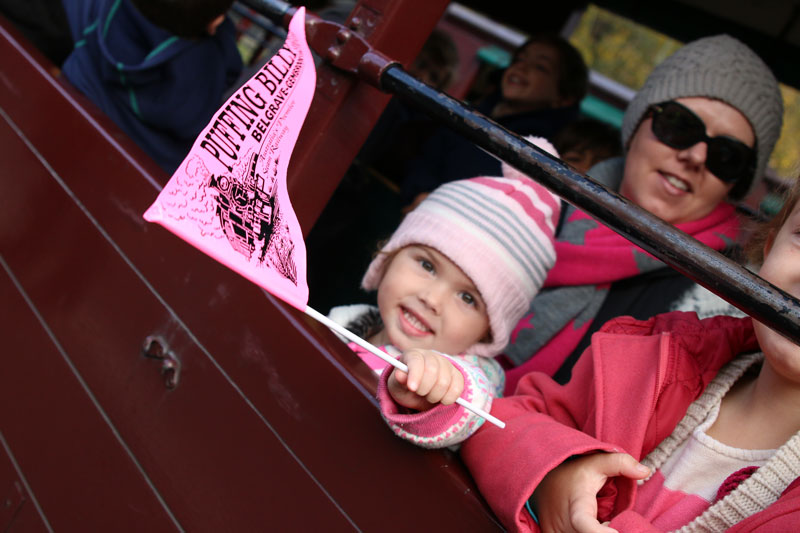 Step into a timeless world of wonder with Australia’s favourite steam train, Puffing Billy, located in the heart of the Dandenong Ranges. Recognised as one of the finest preserved steam railways in the world, Puffing Billy operates every day of the year, except Christmas Day, thanks to the tireless efforts of our volunteers.

Ride in open-sided carriages over the rolling hills, down the valley and into the forest on the original 24km mountain track between Belgrave and Gembrook and enjoy the simplicity and beauty of the region on board our Excursion train journey.

Puffing Billy excursion trains depart a minimum of four times a day, every day of the year except Christmas Day, with dining trains running on selected dates.